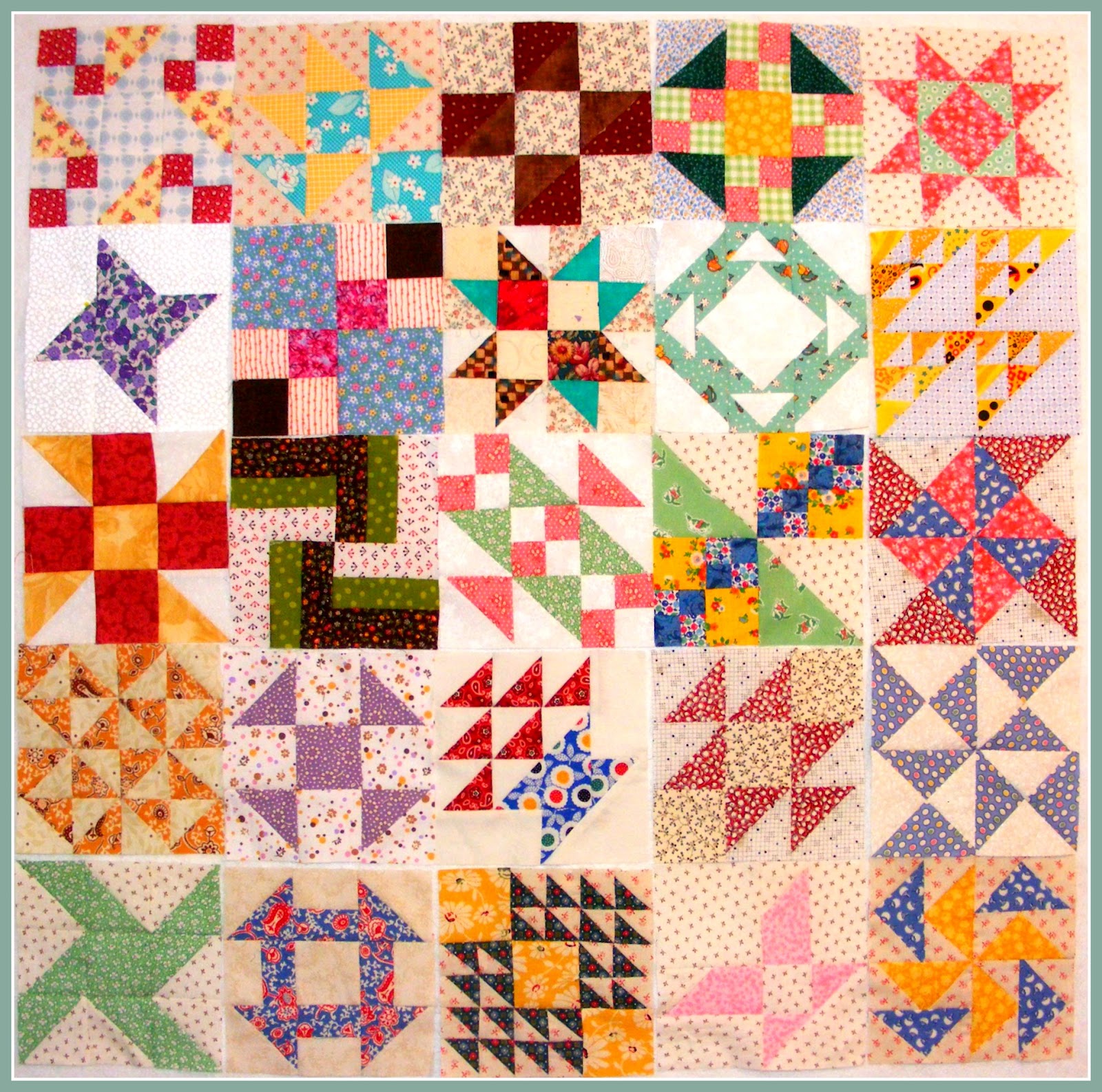 One important part of appraising a quilt or any textile is accurate dating. Sometimes there is no doubt of the date, because the maker embriodered it onto the quilt or wrote it somewhereon the back in indelible ink. Sometimes a quilt was so obviously designed for a special occasions - such as the Century of Progress Exposition in Chicago - that its date can be easily ascertained. Most of the quilts that are available for collecting were made in the 19th and 20th centuries, although it is possible to find an earlier treasure for sale or maybe even in your own attic. However, unless there is a direct connection to the maker, the dating of quilts is not precise science. It is more like a mixture of detective work and educated guessing.

The first time I went to an all antique quilt auction was in Southern California. One of those large Mid-western quilt dealer auction houses was holding an auction at a nearby hotel and I was very excited to go. I got there early and looked through their quilts as one is supposed to do, but I was rather new to quilt dating. With paddle in hand, I was ready. I believed every word the auctioneer said, big mistake. It was the most I had ever paid for something so small.

Excitedly I bid on another, a large early 20th century quilt so they sai that from a distance was visually dynamic, colorful and in great shape. I bid on some others, and thankfully lost.

I say thankfully because when I took my finds to my quilt study group, they told me what I had actually bought. The early log cabin was a cut down large log-cabin. It showed wear on many of the tiny pieces in the postage stamp variation. It still is a beauty from a distance, but I would not have paid as much as I did for a s worn quilt.

Buyer beware was clearly the truth. Dating quilts with accuracy includes examination of many parts of the quilts, but the process starts with one ct and goes from there. For me, the style is usually the first place I start. The style of a quilt and its pattern are not the same thing. As always, there are some exceptions to this; when the block pattern name is also the name of the style.

For example, the Star of Bethlehem, an early 19th century quilt pattern is also called Lone Star, a term which came later in the century and is believed to have started in Texas, the Lone Star state. The name difference is regional, but both depict the same pattern and style and the names are used interchangeably today. 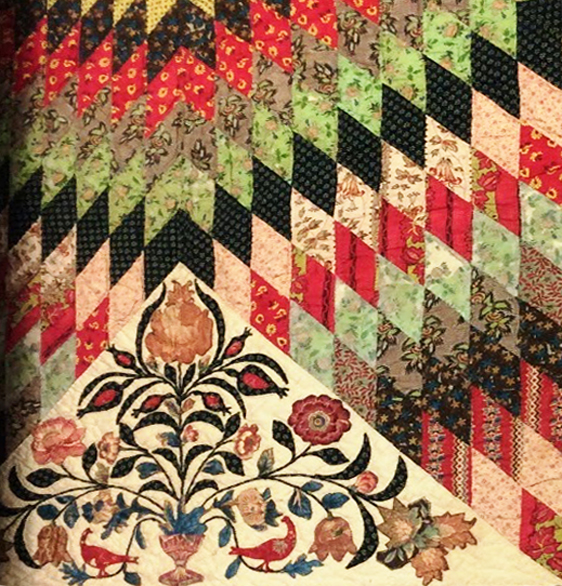 There is no other quilt style exactly like it. The way it is made changes, but the finished look of one large star made from rows of diamond shaped pieces covering the quilt top is the same through time.

The style of a quilt is the first thing I see when I view a quilt, whether online, in an antique shop or booth, on exhibit or in an auction.

My training to become a psychologist taught me the value of deductive reasoning using the decision diagnostic tree.

Quilts and quilt making are a reflection of the life and times of the women who made quilts. Although the technique of quilting existed throughout history (quilted items have been discovered in Egyptian tombs, for example, and French knights used quilted jackets under their armor), quilts as we think of them didn't start showing up on the American scene until just prior to Dating quilts with accuracy includes examination of many parts of the quilts, but the process starts with one ct and goes from there. For me, the style is usually the first place I start. The style of a quilt and its pattern are not the same thing. A quilt's style is a broader classification, i.e. a whole- cloth quilt, charm quilt. Most of the quilts that are available for collecting were made in the 19th and 20th centuries, although it is possible to find an earlier treasure for sale or maybe even in your own attic. However, unless there is a direct connection to the maker, the dating of quilts is not precise doursim.com: Thaichi.

As I go through the various cts of the quilt, I weigh each characteristic against the era the style suggests from the start and in this way quickly determine the most likely circa date in which the quilt was made. On the internet, I refer to scans of full shots of the front and back and close-ups of the binding, fabrics, and quilting. Of course there is always a disclaimer with any antique viewed on-line, but things can be overlooked in an antique shop as well.

This means that a quilt with signatures and dates in the blocks, may actually have been joined together and quilted a generation later.

It is easy to assume otherwise, but take care not to jump to conclusions. Provenance is not always reliable, even when given in good faith, or when written on an old scrap of paper attached to the quilt with a pin.

A similar style is referred to as a One-Patch Hexagon and if each fabric piece is made from a different fabric, it would be a Charm Quilt. So names can change for a given style. Collectors tend to focus on a particular characteristic of whatever they collect, but talk to any quilt collector and they will tell you that if a quilt catches their eye and grabs their heart they will probably adopt it too.

These fold-out condensed charts will quickly point you to a good estimate of the era in which your quilt was made and describe the style so you can find it on the chart.

Then you have a name for it and an era!

Sep 29,   Nile green, usually indicative of quilts dating to the s or '40s, is a medium to light green with a yellow undertone. Nile green was often used in applique on quilts with a white or cream background. Greens were very popular in these decades, and Nile green often appears in quilts with other greens, such as mint, dark green and sage. Jul 30,   Most of the quilts that are available for collecting were made in the 19th and 20th centuries, although it is possible to find an earlier treasure for sale or maybe even in your own attic. However, unless there is a direct connection to the maker, the dating of quilts is not precise science. The study into quilt history is a rapidly growing area of research in American history: the important role women played in our history; domestic life in the 18th centuries; development of the textile industry in the Asia, India, Europe and America; the purpose for making quilts; their pattern and style development over time; current reproduction fabrics; and last but not least, dating a.

This helps you to tell others about it and look it up in books. You can see more quilts by style here www. Rare Civil War commemorative fabric, with and canons. 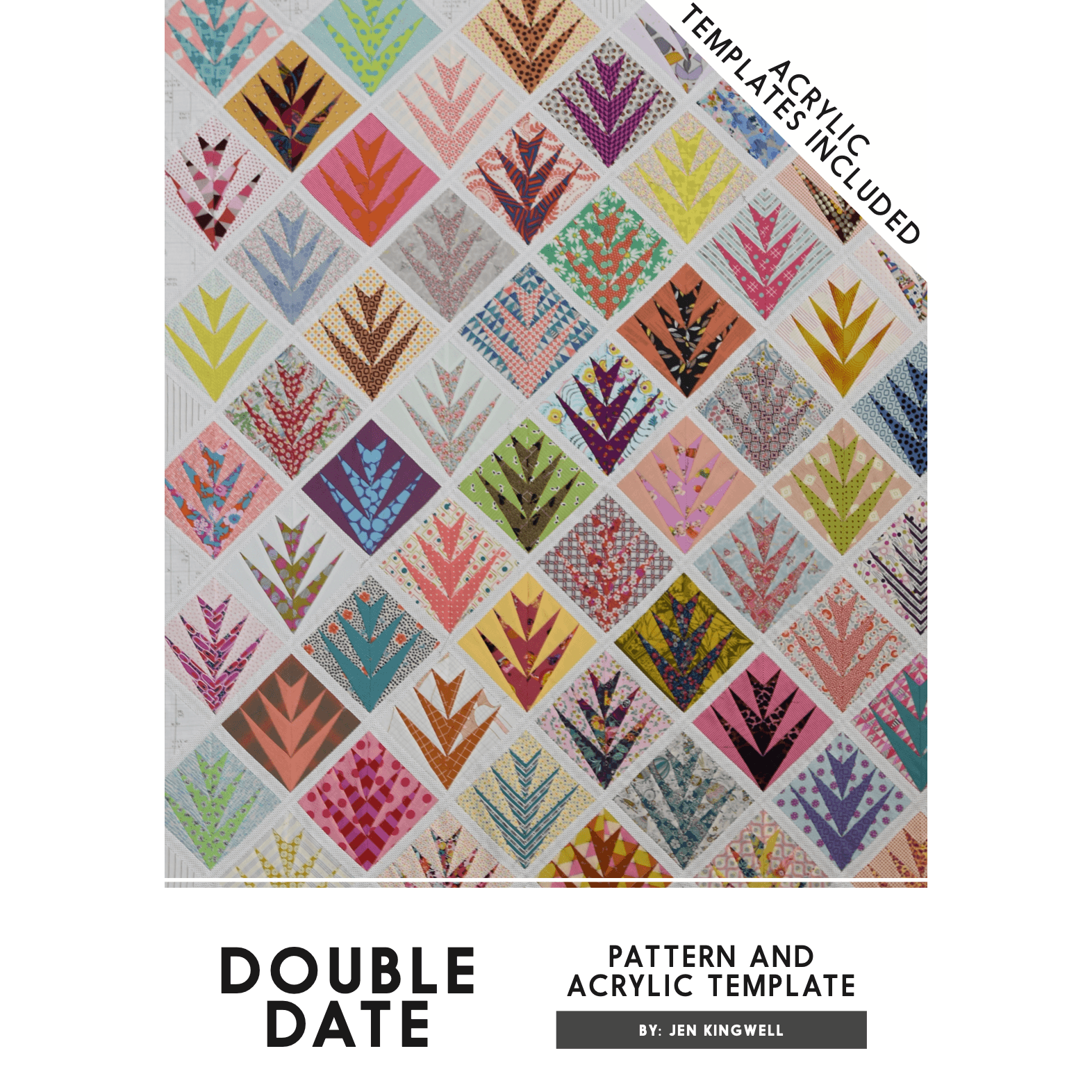 Let us know. Do you have any information on this or any suggestions where I can research this quilt? I would appreciate any help you may be able to give me.

Sincerely, Victoria. I love to research my purchases. It appears to be fabric. I have not been able to find any detailed information on dating antique doll quilts. 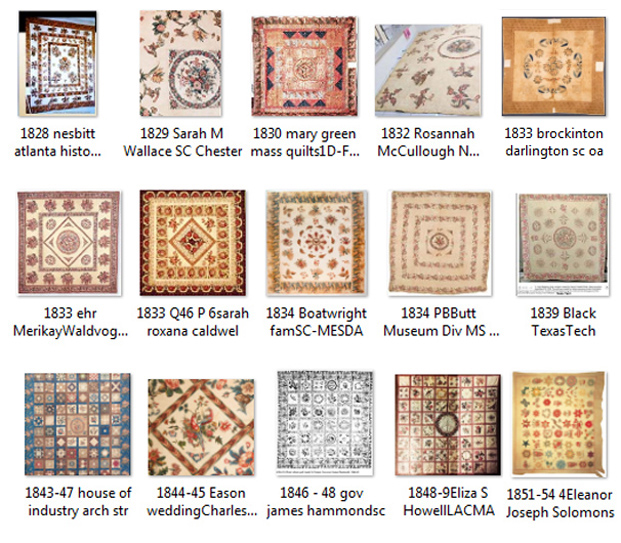 They are what I think is called primitive quilts, very old, maybe yrs,with coarse backing flour or feed sackspieced by hand, with cotton batting. They have not been washed anytime recently, have some staining and minor tears which are unrepaired.

They were definitely made by relatives in Alabama. Please help. We have a family made civil war commemorative needlepoint.

I believe it was made around for either the 20th anniversary of the end of the war, or perhaps for the 25th of the beginning either way, I would love any info you might be able to offer. It is all needlework except for some 3-d looking pieces the eagle and star portion of the medal. We have inherited quilts some 20th century some older from mother in laws estate. Running stitches were usedin northern Europe, in Provence in southern France and in Britain for wholecloth quilting.

Running stitch was also used widely in USA. In applique the technique of working buttonhole stitch and couched cording over the raw edges was known as Persian embriodery, a method used mainly in France, Italy and Spain, and still known by the French name broderie perse.

In northern Europe, Britain, Germany and Holland,applique was made with turned-under edges, held in place with a slipstitch. In the Victorian era decorative embroidery was introduced over raw edges of heavier fabrics, such as velvet andbrocade, for crazy patchwork quilts. The main fabrics used in classic quilts are linen, cotton and wool for the wholecloth quilts. Fabrics that were printed for special occasions were probably used within ten years of the time they were printed.

A knowledgeable quilt expert or appraiser can recognize hundreds of fabrics by their design and colour and can place them within ten or twenty years of their manufacture. Cotton fabrics were come to Europe from India calico was plain cotton fabric, and chintz is hand-printed cotton. Western Europe especially Britain and France imported large amounts of those Indian cotton fabrics because of their popularity, but it resulted in protests of domestic weavers, and finally all import was stopped.

The early settlers in America grew cotton as a crop at around the same time as the Indian cotton cloth was being imported, but they were not allowed to weave it. The exception was weaving for personal use and household. Also popular materials in that time were linsey-woolsey linen and wool fabric and fustian linnen and cotton mix fabric.

By the mid- 18th century French and English weavers were imitating the designs of India cloth with copper-plate printing technique. The original copperplates were printed outlines, which were then hand painted, as India clothes were. These early prints were mainly monochromatic.

Early designs included alphabet, maps, historical events and heroes and similar designs, and usually were printed on handkerchiefs in medallion style. As printing technology became more sofisticated, designs become more complex - pictorial scenes, laurel wreaths and repeated patterns. One of the first American printers was Hewson of Philadelphia, who got the grant rom the US government for his business. Now that quilts become collectibles, sold at high prices, they must be evaluated or appraised.